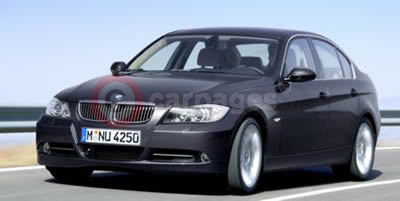 The Lex Vehicle Leasing used car residual value survey for 2004 was recently announced and showed that, for the first time, the top 10 places were all taken by German cars. And BMW Group dominated that list with six of the 10 models (in fact, five of the top six and six of the top eight!). The fourth year of the survey by the fleet funding experts looked at anticipated residual values after three years or 60,000 miles and placed Z4, X3, MINI, X5 and new 3 Series second to sixth respectively. The new BMW 1 Series appeared at eighth.

Meanwhile, Glass’s Forecast for residual values of the recently launched new 3 Series showed how, despite clear market dominance for sales, the iconic car retains far and away the best RVs in the segment against its major competitors. Glass’s anticipates that after two years or 40,000 miles the 3 Series, in 320d SE Saloon form, will be the only compact executive car to retain over 60 per cent of its list price. One year later, and a further 20,000 miles, the car still nudges 50 per cent of its value, whilst its competitors from Audi and Jaguar hover around the 40 per cent mark. The Mercedes C-Class lingers back at just 36 per cent.

Julie Parmenter, BMW (UK)’s Used Car Manager said: "At a time of record-breaking sales for BMW’s Approved Used Car programme, it is clear that BMWs are arguably the hottest property on the used car market. That’s a really positive sign for the company as new car sales also break records. With strong demand throughout a BMW’s lifecycle, as well as cost-effective servicing packages throughout the range, our customers know that buying a new or used BMW is a sound business decision."