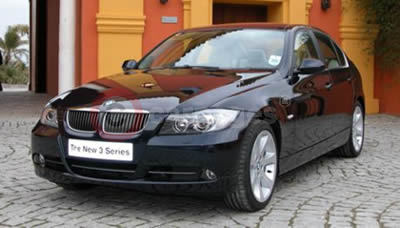 Speaking at the UK press introduction of the all-new BMW 3 Series, Carl Sanderson, General Manager Product and Market Planning for the UK said, "Traditionally the 3 Series has been the lifeblood of our model line up. Last year in the UK we had all time record sales of 102,200 vehicles and the old 3 Series accounted for over half of these, 54,000 vehicles in fact"

"However as we now having a growing range of new types of models allowing us to compete in additional sectors, models such as the 1 Series, X3, and X5 so our reliance on the 3 Series is becoming less. Although our overall UK sales will grow we expect the new 3 Series total sales to remain roughly the same" he said.

Sanderson added, "The UK is BMW’s third largest market in the world after the USA and Germany. Overall our range in the UK attracts a 50-50 split between petrol and diesel sales but the 3 Series diesel now takes around 65 per cent of sales and we expect this to continue once the full range is on sale. Initially we are introducing 3 Series Saloon models with the 320d, the main seller, the 320i and 330i".

"We will also introduce 318 petrol and diesel models. Later this year the 3 Series Touring models will go on sale and next year the Coupe will be introduced followed by the Convertible in 2007. An M3 will also become available but this Series will have no Compact versions," said Sanderson.

He added, "Traditionally the corporate market account for the majority of 3 Series UK sales and we expect 70 per cent of the new models to be bought with company money".

The all new 3-Series is the fifth generation of the UK’s best selling premium sports saloon. The BMW 3-Series was originally launched 30 years ago creating what is known as the compact executive segment. It replaced BMW’s famous 2002 model range.

BMW say that prior to 1998 this segment was dominated by sales from non-premium manufactures such as Peugeot, Ford, Citroen and Vauxhall but since then premium models from BMW, Mercedes, Audi and Jaguar have dominated the sector as business users have moved up-market in their requirements.

UK sales of the new 3 Series begin on the 12th March with prices starting from £21,090 and ranging up to £28,455. More variants will follow including a new price entry model.

BMW say the all-new 3 Series is larger inside and out with more rear passenger space and a larger boot capacity. The vehicle is lighter in weight, the specification is higher, there are improved safety features, new engines and transmissions and the latest specification of softer walled run-flat tyres are fitted as standard.