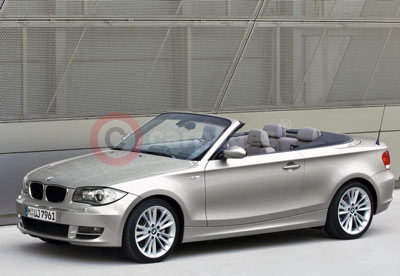 BMW will enter spring 2011 with important new models and model variants, as well as a large number of product upgrades and new features. The changes to the BMW model range focus on pioneering innovations for enhanced efficiency, aesthetic design and superior driving dynamics. The new models and model upgrades will be available from March 2011.

Adding to all these statistics is generous luggage space of up to 1,385 litres.

With extra agility, improved ride quality and increased interior space, the newly launched BMW X3 looks set to continue the success of its predecessor, over 600,000 of which were built and sold around the world. With the start of the new model year in spring 2011 the new X3, built at BMW's US plant in Spartanburg, South Carolina, will acquire two more six-cylinder engines. The new BMW X3 xDrive30d is powered by a 258bhp six-cylinder diesel unit and, just like the four-cylinder BMW X3 xDrive20d, offers the best balance between performance and fuel consumption in its power class. Also new is the BMW X3 xDrive28i, whose 3.0-litre naturally aspirated engine with VALVETRONIC has the same power rating as the new diesel engine, at 258bhp. Equipped as standard with the BMW xDrive all-wheel-drive system and featuring four state-of-the-art engines including a 306bhp unit in the BMW X3 xDrive35i, the BMW X3 Sports Activity Vehicle is again setting the standards in its class.

From model year 2011, the new BMW X3 will also be available with the M Sports package, which was specially developed by BMW M GmbH to provide an even more intensive driving experience for the new Sports Activity Vehicle. The M Sports package comprises a range of high-end suspension, aerodynamics and exterior/interior components. These include the M Aerodynamics package, M alloy wheels and interior styling features geared to maximise driving enjoyment. All these features take the dynamic driving qualities of the new BMW X3 to new levels, while also lending them a distinctive visual dimension.

BMW ConnectedDrive: New Interface For The integration of iPhone Apps

For the first time following the introduction of MINI Connected, the BMW Group is now also offering selected iPhone applications in a BMW for integrated use in the vehicle. This new capability - so far unmatched by any other carmaker - further enhances the already extensive BMW ConnectedDrive package of features and sees BMW once again underline its leading role in the field of in-car integration technology. Designed to improve the integration of the Apple iPhone in the vehicle, this option will be available from spring 2011 in conjunction with the launch of the new BMW 1 Series Coupe and new BMW 1 Series Convertible. This interface for the first time allows features such as Facebook, web radio and Twitter to be shown on the vehicle display and accessed using the iDrive Controller.