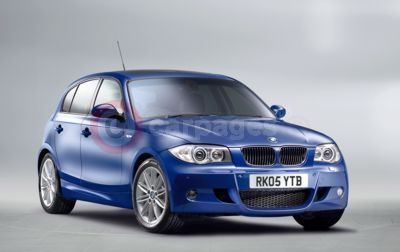 Following February’s announcement of the much-anticipated six-cylinder BMW 130i, BMW UK has confirmed the September 2005 introduction of the most potent 1 Series to date - the new 265hp BMW 130i.

Taking BMW’s lightweight magnesium-alloy six-cylinder 258hp petrol engine as a basis, BMW engineers have wrung every last drop of power from the revolutionary powerplant, making the BMW 130i six-cylinder the most powerful engine in its class and the most powerful six-cylinder engine under a BMW bonnet, bar the M3. It is also the only car in its segment to offer a front-engine, rear-wheel drive layout - the optimum set-up for on-road dynamics.

Taking BMW’s renowned attention-to-detail to the extreme, the 1 Series engineering team have exploited the 1 Series’ exemplary air flow and cooling to extract even more performance out of the car at full throttle. As a result, the 130i now delivers 265hp, seven horsepower more than the 330i, 530i and 630i. Similarly, torque has also been uprated to 315Nm from 300Nm.

The improvements in engine output enable the car to deliver a class-leading zero to 62mph time of 6.1 seconds while top speed remains limited to 155mph. Consumption is still frugal with the 130i recording 30.7mpg on the combined cycle, while the EU4 compliant power train produces just 221g/km.

The exciting performance figures of the BMW 130i are due in part to the VANOS and VALVETRONIC valve opening and valve lift control mechanisms on the 2,996cc engine that ensure optimum combustion and engine breathing at all times. An electrically driven water pump also cuts down on internal engine friction and improves efficiency. Power is transmitted to the road via a standard six-speed manual gearbox.

Additionally, for the first time on a 1 Series, customers are able to specify Active Steering. BMW’s innovative steering system varies the steering ratio depending on road speed and has been tuned specifically to the 130i.

Complementing the class-leading performance of the BMW 130i is the announcement of a new range of M Sport models across the 1 Series range and on other BMW variants.

At the front, M Sport models have a lower front spoiler styled for increased aerodynamic efficiency while at the side, sculpted sills change the profile of the car. At the rear, a venturi cut-out in the rear bumper further accentuates the sporting theme. Bespoke 17- or 18-inch double-spoke alloy wheels, M Sports suspension and high-gloss Shadow Line finish the exterior package.

Similar M Sport interior and exterior enhancements will be available from September 2005 on 3 and 5 Series and X3 models and the new styling is expected to be offered on more models in the future.