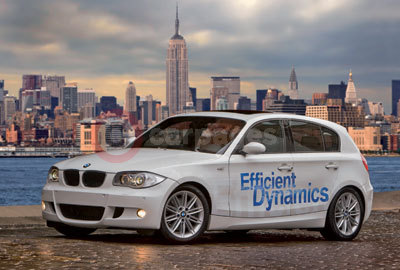 A new 24 hour record has been set in a BMW 118d. The team of drivers from BMW Car magazine took the current World Green Car of the Year on a pan-European endurance test to see what real-world performance figures could be achieved in the award-winning vehicle.

Their BMW 118d covered 1,461.9 miles in its 14 European country marathon, with the team recording an average speed of 71.6mph, but using just 150 litres of fuel. The average consumption figure of 43.4mpg was commendable despite some faster autobahn driving and high-gear mountain passes being negotiated en route.

The drive began in the UK and finished in the Czech Republic and the team nearly made it 15 countries but ran out of time only 50kms from the Polish border. The four-man crew consumed 12,000 calories in the form of sweets, snacks and fizzy drinks - next stop the dentist then…