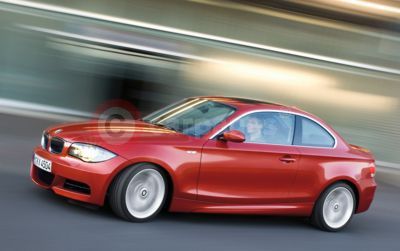 BMW is extending the 1 Series line-up in the UK with a new model consisting of a brace of high performance twin-turbocharged engines and a diesel capable of a frugal 58.9mpg. The new BMW 1 Series Coupé goes on sale in the UK in November and will be available in 120d, 123d and 135i guises. The 135i marks the first time a twin-turbo petrol engine has powered a 1 Series, while the launch of the 123d heralds the introduction of the world’s most powerful production four-cylinder diesel engine.

The flagship of the range is the BMW 135i with its 3.0-litre twin-turbocharged petrol powerplant. Offering 306hp from its light alloy and magnesium straight-six engine, the 135i is capable of accelerating from zero to 62mph in 5.3 seconds before going on to an electronically-limited top speed of 155mph. Peak torque of 400Nm from just 1,300rpm through to 5,000rpm ensures smooth yet rapid progress and in-gear flexibility.

Courtesy of High Precision Direct Injection for the most efficient burn of fuel mix and Bi-VANOS variable valve technology combined with lightweight engineering principles, the BMW 135i is capable of frugal motoring while maintaining its top end performance. The 2,979cc engine posts a 30.7mpg figure on the combined cycle and a CO2 emissions figure of 220g/km. BMW’s EfficientDynamics programme seeks to boost engine performance while at the same time cut fuel consumption and emissions. Second generation High Precision Direct Injection and Brake Energy Regeneration are both elements of EfficientDynamics deployed on the 135i Coupé.

The BMW 135i is joined in the range by another twin-turbocharged model to offer a unique blend of performance and economical motoring.  The 204hp four-cylinder engine in the BMW 123d Coupé sets a benchmark for small diesels. Its 1,995cc powerplant is the world’s first all aluminium diesel to have an output per litre figure in excess of 100hp - something only BMW M cars usually attain. It is also the first four-cylinder production diesel to come with twin-turbo technology.

Peak torque is 400Nm from 2,000rpm, while the engine revs to in excess of 4,400rpm where peak power is attained. This performance equates to a zero to 62mph time of 7.0 seconds and a top speed of 148mph – previously unheard of figures in such small capacity production diesels. By comparison the output of the four-cylinder BMW 123d betters that of established six-cylinder diesel engines from both Audi and Mercedes.

For customers seeking an entry point into the new 1 Series Coupé range, the 120d offers another option of style, driving dynamics and parsimonious motoring. Its 1,995cc four-cylinder engine mixes a 177hp output and a zero to 62mph time of 7.6 seconds with 58.9mpg economy and emissions of just 128g/km. The same EfficientDynamics technologies used on the 123d are also deployed on the 120d.