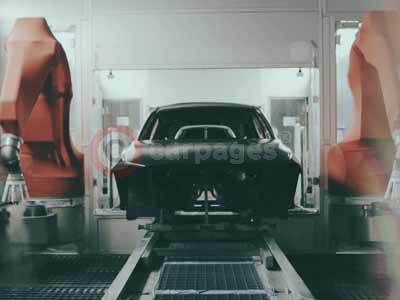 BMW has released a new music video which follows the manufacturing of the new BMW 1 Series. The video, called "Check my Machine" aims to present the new model to the public in a new and different way.

The film project has been created in collaboration with BMW Group's Electronic Media Department and Munich artists Jonas Imbery and Mirko Borsche. Production comes courtesy of Brainstormclub and Eyetrip.

"The process of manufacturing a car is an exciting one, and so it has already been filmed many times over. As an innovative company, the BMW Group wants to show that the product also ion of a vehicle can also be presented quite differently - without the authenticity of the processes getting lost in any way", says Bill McAndrews, Head of Communication Strategy, Corporate Communications, at the BMW Group.

Jonas Imbery composed the soundtrack: "The appeal of the work was to develop a viable, independent, recognisable composition that only makes use of vehicle sounds, such as the blinkers, GPS voice, closing noises, seat belts, doors, safety alarm, to name but a few. The visual resolution at the end shows clearly that the percussive elements such as the bass synthesizer, the vocals and the melodies were produced by the vehicle itself."

Mirko Borsche adds: "We wanted to set a new standard, to create a unique visual language and to stand out clearly from how a classic image film looks. The aim was that the film should become an independent, artistically challenging work.

"Various visual design resources were used to transform the technical environment of the production halls into an emotional world. To separate the machines and robots from the rest of the area, we worked with selective focus, carefully targeted lighting and reflections incorporated through crystals", explained Daniel Falk from Eyetrip.