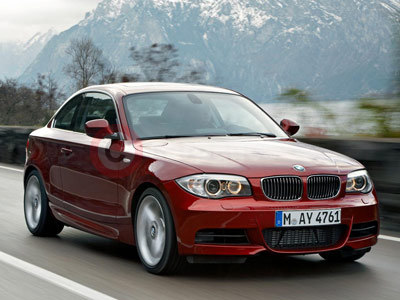 BMW has been named as the UK's leading premium car manufacturer with the lowest CO2 emissions according to an independent industry wide study. The results show that BMW now has a fleet average of 147g/km CO2. This is an improvement of five per cent over last year's figures and is the largest positive change in the premium sector.

However, that is just part of the story as BMW's EfficientDynamics technologies lower emissions without compromising performance. So not only is the BMW fleet average CO2 and combined fuel consumption figure of 50.4mpg the best in class, but year on year BMW has increased the average power output to enhance driving pleasure - the 2010 figure was 182bhp.

BMW's figures are comparative to Nissan's, - a manufacturer of generally smaller capacity vehicles when it comes to its CO2 emissions and fuel economy. The Japanese firm recorded an average CO2 figure of 145g/km, and 48.4mpg. However, Nissan's average power output of 107bhp is 75hp less than BMW.

It was BMW's year on year development of efficient engines, its engineering expertise and commitment to sustainability that helped it to be named the mobility partner of the London 2012 Olympics in 2009. BMW was the only automotive manufacturer to fulfil and even exceed the 25 per cent CO2 reduction commitment in 2008. This dedication has also been recognised by the Dow Jones Sustainability Index, which named BMW the most sustainable car company in the world for the sixth time in 2010.