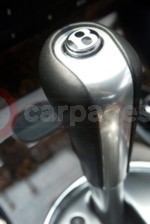 ...previous | Part One
The dream of building a new Bentley coupé is not new – indeed a secret turbocharged Bentley coupé was built as a feasibility study over 25 years ago – but it is only since a £500 million investment programme that the dream could be turned into reality.

This investment has also enabled Bentley to transform the Crewe factory into a thoroughly modern centre of manufacturing excellence, ensuring not only that Bentley is in better shape today than ever, but also guaranteeing its design, engineering and manufacturing sovereignty as far into the future as it is possible to see.

Some 84 years ago, WO Bentley defined how he wanted a car bearing his name to be viewed in one simple sentence: ‘a good car, a fast car, the best in its class.’ With the new Continental GT, we believe that is exactly what we have created.

The styling story of the Continental GT dates back to August 1999 when design director, Dirk van Braeckel was briefed to prepare a concept for an all new Bentley coupé: one that would use 80 years of Bentley design as its inspiration, yet look only to the future in its shape. It took just four months – until just before Christmas – when van Braeckel submitted his preferred design to the board of Bentley Motors. It was approved on the spot.

The key to honouring Bentley’s design past without creating a ‘retro’ car, was to take the design philosophy that inspired cars such as the Bentley Speed Six of 1928 and the 1952 R-type Continental and use it in a contemporary context.

Bentley’s design philosophy for the Continental GT can be quantified as follows: the car must have a short front overhang and a dominant bonnet expressed by the unusually large distance between the front axle line and the A-pillar. The pillarless cabin needs to be sleek and compact while the rear haunches should be taut and pronounced, giving the impression of a crouching animal ready to pounce.

Overlaying these highlights is a design language from the hearts of the styling team. It dictated that the Continental GT be styled to be curvaceous and sinuous with a form that appears and disappears like muscle on a gymnast’s arm, sculptural yet lean.

Finally there was what van Braeckel refers to as the car’s ‘jewellery’. It was decided that brightwork should be minimised, limited to the door surrounds, a finish along the sill, the exhaust surrounds and radiator grille. But the headlamps assume a dominant role in the styling with the inner units being the larger of the two pairs in tacit acknowledgment of past Bentleys, and to draw attention to the most distinctive Bentley feature of all: the matrix radiator grille.