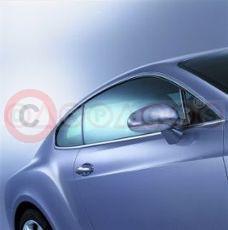 Bentley Motors is delighted to unveil the Continental GT Design Concept as it makes its world debut at the Paris Motor Show. Conceived to be a sporting coupé without rival, the Continental GT is not just the fastest Bentley in the 83-year history of the company; it is also the fastest genuine four seat coupé in the world. It combines all elements of the finest Grand Touring traditions and Bentley craftsmanship with some of the most advanced technologies ever brought to the automotive market.

Featuring a 6-litre, 12 cylinder, twin-turbocharged, engine with more than 500bhp driving all four wheels through a paddle-operated, six speed automatic gearbox, the Continental GT offers true supercar performance combined with the interior space, versatility and ease of ownership to make it not merely viable as an everyday car, but a natural for the role. In this respect as well as many others, Bentley believes the Continental GT to be unique.

The Continental GT is being designed and engineered by Bentley at Crewe and will be manufactured there in all-new facilities that combine state of the art technologies with the unique hand finishing and attention to detail that have been the hallmark of all cars to wear the winged ‘B’. It goes on sale in the second half of 2003 and will bring the prospect of Bentley ownership to a wider audience of discerning enthusiasts than ever before. And while the Continental GT is a Bentley from bumper to bumper, the role of the company’s Volkswagen parent can scarcely be ignored.

The dream of building a new Bentley coupé is not new – indeed it has been alive at Crewe for over 20 years. But it was only the £500 million vote of confidence placed in the marque by VW that brought the dream to reality. And VW has more than merely made funds available to design an all-new car. It has also enabled Bentley to transform the Crewe factory into a thoroughly modern centre of manufacturing excellence, ensuring not only that Bentley is in better shape today than ever, but also guaranteeing its design, engineering and manufacturing sovereignty as far into the future as it is possible to see. 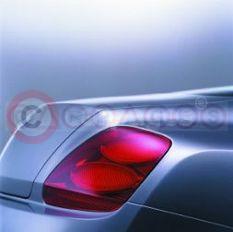 The styling story of the Continental GT dates back to August 1999 when newly appointed head of design, Dirk van Braeckel was briefed to prepare a concept for an all new Bentley coupé: one that would use 80 years of Bentley design as its inspiration, yet look only to the future in its shape. It took just four months – until just before Christmas – when van Braeckel submitted his preferred design to the board of Bentley Motors. It was approved on the spot. ‘I’m still staggered it took four months,’ says van Braeckel. ‘When you design a car there’s always a story to tell and this one involved gathering the right team of designers, all of whom understood what we were trying to create. It’s a very emotional product and that’s the way we approached it. It was a magical process.’

The key to honouring Bentley’s design past without simultaneously creating an inappropriately ‘retro’ car, was to take the design philosophy that inspired cars such as the Bentley Speed Six of 1928 and the 1952 R-type Continental and use it in an entirely contemporary context. ‘What you are looking for,’ says van Braeckel, ‘are the things that gave those cars such presence and a stance that shouted ‘Bentley’ at anyone who looked at them. It translated perfectly from the pre to the post-war era and so it does from there to the present day. Understand that and you can forget about the past.’

Bentley’s design philosophy for the Continental GT can be quantified as follows: the car must have a short front overhang and an overtly dominant bonnet expressed by the unusually large distance between the front axle line and the A-pillar.

The pillarless cabin itself needs to be sleek and compact while the rear haunches should be taut and pronounced, giving the impression of a crouching animal ready to pounce.

Overlaying these individual highlights is a design language evolved straight from the hearts of the styling team. It dictated that the Continental GT be styled to be curvaceous and sinuous with a form that appears and disappears like muscle on a gymnast’s arm, sculptural yet lean.

Finally there was what van Braeckel refers to as the car’s ‘jewellery’. Because the shape of the car is essentially complex and to suit its sporting intentions, it was decided that brightwork should be minimised, limited to the door surrounds, a finish along the sill, the exhaust surrounds and radiator grille. But the headlamps themselves assume a dominant role in the styling signature with the inner units being the larger of the two pairs both in tacit acknowledgment of past Bentleys, but also to draw attention to the most distinctive Bentley feature of all: the matrix radiator grille.

Having achieved such a clean design, it would have been easy to compromise given the dynamic challenges of such a high performance car. For instance, any car capable of being three miles away in just 60 seconds clearly needs carefully optimised aerodynamics to keep it safe at such speeds, and clamping a vast rear spoiler to the bootlid would have been one way of ensuring this.

In fact the aerodynamics department at Crewe, formed in 1999, had a rather more elegant solution in mind. The Continental GT is indeed fitted with a rear spoiler, but one so skilfully integrated into the design of the car, where the rear screen meets the bootlid; it is for the most part invisible, deploying automatically when high speed merits additional downforce.

Another unique feature of the styling of the car is the Central High Mounted Stop Lamp, known somewhat awkwardly in the industry as the CHMSL. Regulations require the CHMSL to occupy a certain area, but do not dictate its shape.

So, some free thinking later and the Continental GT is fitted with a CHMSL that is just 3mm tall but fully one metre wide. The effect of this is that it has no negative impact whatsoever on the styling, while at the same time ensuring that the driver of the car behind is left in no doubt at all when the brakes are being applied.

The cabin of the Continental GT is designed to make Bentley devotees and marque newcomers feel equally at home. Those familiar with the Bentley way of doing things will be reassured, comforted and cosseted by the expanses of top quality hide and fine wood veneers; those for whom Bentley ownership is a new experience will discover a new level of luxury, style and effortless good taste. Most notable perhaps is the symmetrical nature of the facia with a centre console rising up and curving left and right in front of the passenger and driver in a shape that intentionally reflects the design of the famed Bentley wings. It also has the effect of creating the same atmosphere on either side of the car so that the passenger feels almost as much part of the action as the driver.

For the man or woman behind the wheel, however, a unique driving environment awaits. It goes without saying that an ideal driving position is easily achieved – Bentley’s interior designers have been as far as to measure New York basketball players to make sure all shapes and sizes can be accommodated.

Bentley is one of few car manufacturers to retain seat design as an in-house field of excellence, and anyone who has travelled any distance at all in a Bentley knows how important this area of design is to the marque. The particular challenge with the

Continental GT was to offer a sublimely comfortable seat complete with considerable front and rear travel, a multitude of electric adjustments and integral seat-belts. Seat-belt performance is naturally one of the most important safety aspects of any car, and those in the front usually have their upper anchorages in the B-pillar. With a pillarless design like that of the Continental GT, however, this has not been possible and Bentley’s designers are pleased not only to have met all the safety targets of the integral seat and belt, but to reach them without compromising the interior style of the car.

Those used to sitting in the back of most high-performance coupés will scarcely believe the amount of thought that has gone into creating the rear cabin. Far from appearing as afterthoughts, the rear seats have been designed with the same care and attention as those in the front. Back seat passengers sit well apart with deeply scalloped recesses for their elbows, allowing adults ample personal space.

The toughest task facing designers of all luxury car cabins these days is to present the controls and information interfaces in a way that is both uncluttered yet easy to use. At one theoretical extreme is the car where every function or display has a control of its own, at the other is the car with one control and a single display for all the car’s operations. Bentley’s solution is to use intelligence, common sense and ergonomic know-how to cherry-pick the best elements from both extremes, and combine them in a cabin that is both effective and attractive.

Most routine operations used frequently when the car is in motion – such as the cruise and basic music controls – can be operated direct from the steering wheel. Other functions such as the air-conditioning, navigation, computer information and more advanced entertainment features are individually controlled, but displayed on the same screen sited in the middle of the centre console.

Instrumentation is provided by classically styled dials that live in deep recesses ahead of the steering wheel, while a small screen directly in the driver’s sight-line monitors all relevant in-car systems.

All around the cabin, unmistakeable Bentley touches abound. Perhaps most easily spotted are the classic bullseye ventilation outlets with their organ stop controls – a feature no Bentley has been without for a generation. Then there are the aluminium pedals, chrome instrument surrounds, knurled finishes to many of the ancillary controls, and the centrally mounted analogue clock.

Naturally wood and leather remain as integral and essential a part of the Bentley furniture as ever, but they have been tailored to suit the Continental GT’s role as the most sporting Bentley produced since the R-Type Continental, proving that these most traditional materials can still create a contemporary feel if understood and used properly.

Though craftsmanship remains as important as ever, these enduring skills have been supplemented by some 21st century technology allowing, for instance, wood to be dramatically curved in a way that would simply not have been possible in the past. And while the leather is still applied to the car with as much loving care as ever, it is cut from the hide using a new digitised process that ensures minimal levels of wastage and maximum efficiency.