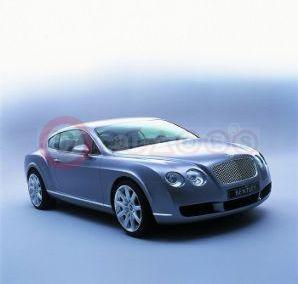 Paris, 26 September 2002…. Bentley Motors is proud to announce that its all new coupé will be named the Bentley Continental GT when it goes on sale next year. Hitherto referred to as the GT coupé, the new two-door is the most eagerly awaited Bentley for a lifetime.

The Continental name has resonated throughout Crewe ever since it was first ascribed to the fabulous coupé version of the R-type, which this year celebrates its 50th anniversary. It is a name that invokes images of Grand Touring (GT) in the finest style, and embodies the supreme level of craftsmanship, luxurious accommodation and supercar dynamics that will be the hallmarks of the new car. 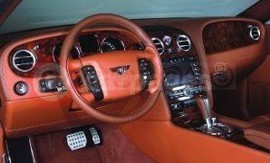 Half a century ago, the Bentley R-Type Continental was the fastest four seat production coupé in the world, a title the new Continental GT will return to Crewe, courtesy of its Bentley-built twin-turbocharged, 6-litre W12 engine offering over 500bhp, and a top speed in excess of 180mph. So equipped, the Continental GT is set to redefine the concept of Grand Tourers for a 21st century audience.

So while many may choose the car for pure enjoyment, it has been engineered and proven in the world’s toughest conditions in order to ensure that it lives up to its implicit GT promise of prolific performance, combined with levels of comfort that enthral its occupants every step of the way. In every respect, therefore, the Bentley Continental GT will more than honour its exalted name and again be a benchmark for GTs to follow.

Nor will there be any confusion with the existing Continental range of two-door coupés – this will cease production as the new Continental GT comes on stream in the second half of 2003.