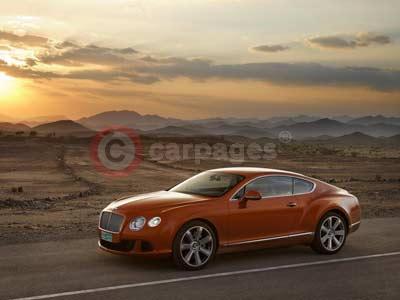 Bentley has this week announced a record 396 cars have been sold in Mainland China during the first four months of 2011. The previous figure, set last year, was beaten by 66%.

During 2010, Bentley sold just less than 1000 cars in China, nearly double the previous year's performance - therefore making it the third most important single market for Bentley. After the first four months of 2011, sales in China outsold the UK for the first time, making it the second most important market after the United States. Now nearly around one in four Bentleys sold globally are sold in China.

In recognition of the importance of China to Bentley, the company will host its Worldwide Dealer Conference in Beijing. The first time such an important event has been held in Asia. The Dealer Conference takes place at locations across the city, including the Bird's Nest stadium to the ancient Tai Miao in the Forbidden City.

Bentley's Member of the Board for Sales and Marketing, Alasdair Stewart said: "China is the perfect venue for Bentley's Dealer Conference: it contains such a vibrant mix of the traditional and the modern and it is now one of our most significant markets.

"Our Chinese customers, like the rest of the world, value Bentley's history and our emphasis on the finest luxury, craftsmanship and automotive excellence. Although China has traditionally been a market for four-door cars such as the Mulsanne and the Continental Flying Spur, there is growing interest in the excitement, adrenalin and sheer fun of driving high performance sports car. This was clear from the recent Shanghai Auto Show where half of the 50 cars sold were new Continental GTs - and it is a key reason we are so confident about our future here."

Bentley expects the growth to continue, planning to expand the Chinese dealer network by one third in 2011.