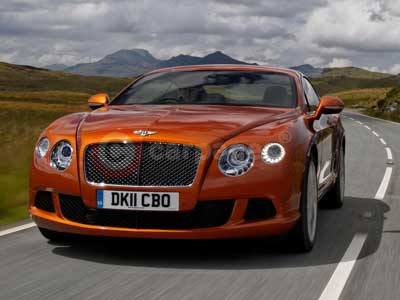 Bentley has announced a sales increase year on year in major markets. With the new Bentley Continental GTC convertible set to go on sale in the last quarter of 2011, Bentley expects to see an overall sales increase of around 40 per cent for 2011.

Between January and August 2011, sales increased 31 per cent, totaling 2016 cars delivered to customers around the world. The Chinese region saw over a thousand Bentleys sold for the first time ever, with a 67 per cent year to date increase. In the US, Bentley's biggest single market, saw sales of 1195 cars a 36 per cent rise over 2010. Europe saw a 25 per cent overall increase with sales in Germany up by two thirds.

The Bentley Continental GT coupe saw the strongest demand, with nearly half of all Bentley sales are GTs.

Bentley Motors' Chairman and Chief Executive, Wolfgang Durheimer, said: "It is an incredibly exciting time for Bentley. We have a strong new model line-up driving an increasing global interest in the Brand. The new Continental GTC, which we officially reveal tomorrow, has already been previewed to some customers and their response has been extremely positive. With this, and other new models still in the pipeline, I am confident we can sustain this strong sales performance."

The new Bentley Continental GTC builds on the previous version, which first premiered in 2006. The new model features a more contemporary and muscular style offering improved performance and new technology. Orders can be placed now, with the first customer deliveries planned for late 2011.