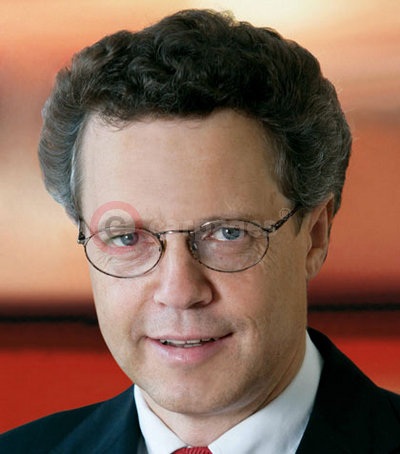 Bentley Motors has announced the appointment of Wolfgang Durheimer as its new Chairman and Chief Executive. Mr Durheimer, who joins Bentley from Porsche AG where he was Executive Vice-President, Research and Development, will commence his new role on 1st February 2011. He succeeds Dr Franz-Josef Paefgen who will retire after over eight years at the helm but has agreed to remain in an advisory capacity to Bentley and as a consultant to the Volkswagen Group.

Beginning his career in the motor industry with BMW in 1986, Wolfgang Durheimer (52) has held positions as a product manager and also Head of Product Development in the motorcycle division. He later became a member of the senior management team responsible for research, development and project management. In 1999, Mr Durheimer moved to Porsche, taking management responsibility for the iconic 911 product line. Since 2001 he has been a Member of the Board responsible for Research, Development and Product Management. Under his management new models and product lines have been developed which have strengthened the success of the Porsche brand.

Speaking about the appointment, the Chairman of the Board of Management of Volkswagen AG, Professor Dr Martin Winterkorn said: "Wolfgang Durheimer personifies the outstanding technical competency of Porsche. He will bring this expertise and his experience to Bentley and Bugatti, helping them maintain their leading positions within the luxury segment."

Speaking about his new role, Mr Durheimer said: "I am flattered by the trust put in me by the Volkswagen Group. To take charge of a Company such as Bentley is a significant responsibility. The Company has such an illustrious history and the developments made over the past few years have been outstanding. I know I have a lot to learn about the Brand and the people but hope my experience with Porsche will serve me well in a new role and a new country."

Dr Paefgen, who reaches the normal retirement age of 65 in May, has been asked to remain involved in the Volkswagen Group and Bentley in particular in an advisory capacity. This reflects Dr Paefgen's undoubted experience within the motor industry during which he has been Chairman of some of the world's most illustrious marques including Bentley and Bugatti but also Audi and Lamborghini. "Over the past 30 years, he has played a key role in corporate development at the helm of a number of Group brands." said Professor Dr Winterkorn.

During his tenure at Bentley, Dr Paefgen has overseen nothing less than the renaissance of the Company. Having joined the Company in 2002, Dr Paefgen oversaw the final stages of Volkswagen's billion pound investment in both the Crewe factory and its R&D facilities. The first fruits of this investment were seen the following year; a victorious return to Le Mans and the launch of the car that transformed the Company's fortunes - the Bentley Continental GT. Creating a new market segment, the GT won Bentley new followers across the world, increasing sales ten-fold by 2007 and helping the Company increase its workforce to over 3500. Despite the global economic downturn, Bentley has continued to invest in new products including the new Bentley Continental GT which was launched in Paris this year and the flagship Mulsanne, which Dr Paefgen described as containing "everything I know about the creation of cars".

"It has been a privilege to have been a small part of the story of Bentley", said Dr Paefgen. "During my time here we have had some tremendous successes and inevitably faced some real challenges. However, it is the skill, the commitment and the passion of everyone at Crewe that I will treasure the most. In Wolfgang Durheimer I am convinced we have an individual with a feel for the both the Brand and what makes Bentleys special. The company is in very capable hands."

Wolfgang Durheimer is a native of Bavaria in Germany and is married with two grown up children. He will commence the leadership of Bentley Motors on 1st February 2011.

If in doubt check with your local Bentley dealer as car prices and technical data will have changed since 2010.