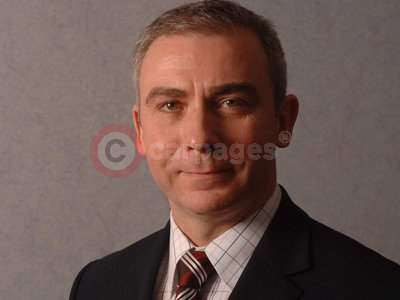 Bentley Motors has announced the appointment of Michael Straughan (49) as the new Board Member for Manufacturing. Michael will commence this role on 7th February 2011 and will succeed Doug Dickson, who will be taking responsibility for a number of strategic projects prior to his retirement from the business later in the year.

Michael joins the Company from Jaguar Land Rover where he was Operations Director for the Halewood plant. In a career that has also included spells at Nissan, Volvo and LDV, he has extensive experience in a number of manufacturing plants both in the UK and abroad. Roles have included operations, material planning and logistics, manufacturing engineering as well as a variety of specific processes. He has extensive experience in lean manufacturing, new product introduction and is a Fellow of the Institution of Engineering and Technology. He has also been very active in the wider business environment as a Board Member of both the Liverpool and Knowsley Economy Boards as well as Chairman of the North West Automotive Alliance.

As a member of the main Bentley Board, Michael will report directly to the new Chairman and Chief Executive of Bentley Motors, Wolfgang Durheimer, who succeeds Dr Franz-Josef Paefgen on 1 February. Speaking about the appointment, Dr Paefgen said:

"We have been looking for a successor to Doug for some time and firmly believe we have got the right man for the job. Michael has the broad experience, expertise and commitment which will help us maintain the levels of quality, craftsmanship and excellence that are the hallmarks of Bentley. He also has the necessary commercial prowess to help Bentley through an exciting but challenging time as we move into full production of both the flagship Mulsanne and the new Continental GT."

Michael succeeds Doug Dickson who has overseen the transformation of Crewe's manufacturing operations into one of the most highly skilled facilities in the UK. He will now take responsibility for a number of strategic projects within Bentley until he retires later in 2011. "I would also pay tribute to the contribution Doug has made to the business over the past twelve years," said Dr Paefgen. "He has been an inspirational figure to everyone and one of the main people behind the renaissance of Bentley."

"This was too good an opportunity to turn down", said Michael on his appointment. "Bentley has such an illustrious history but also a very bright future so it is a privilege to join the Board of the Company. I am really looking forward to helping shape the strategic direction of Bentley but I first want to get fully immersed in the Crewe operations as well as the wider Volkswagen Group."

A native of the North East of England, Michael is married with two children and already has a home in Cheshire.