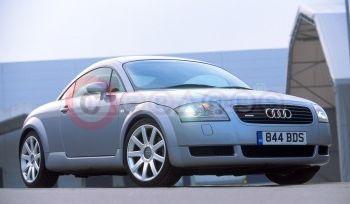 Fifth consecutive Coupé award, and a hat-trick for the A4 saloon in 2003 What Car? Awards

For an amazing fifth consecutive year, the Audi TT Coupé quattro has been voted Best Coupé in the 2003 What Car? Awards, held this week at London’s Park Lane Hilton hotel. It has been joined by the A4 saloon, which for the third year in succession has earned the Best Compact Executive award.

Following revisions last year which included wheel and suspension upgrades for all versions as standard, the TT Coupé quattro offers even stiffer competition for 2003. In summing up its decision, the editorial team has recognised this: "Since it won last year, the TT’s appeal has been heightened further with the addition of larger alloy wheels, lower suspension settings and revised front headlights. But the fact is, it would have claimed another victory anyway."

On the driving front, the team also praises the TT Coupé quattro for its "outstanding levels of grip, direct steering and good body control", which contribute to "surefooted, enjoyable handling". The interior also figured strongly in the decision: "The cabin is just as stunning as its exterior. Many have imitated it, but none have matched its exquisite quality."