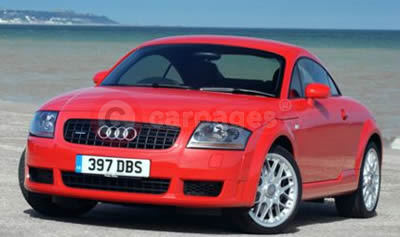 The 100 per cent increase in Audi UK sales over the past five years has been fuelled by the fact that the average age of the Audi buyer is now up to 10 years younger than other prestige manufacturers, according to the annual New Car Buyers Survey*.

The appeal of the Audi range in the UK has broadened to such an extent that the brand now boasts the youngest overall customer base in the sector, with an average age of just 42 years and more sub 45-year-old customers than any other prestige competitor.

Traditionally the most style, image and technology-conscious contingent, this age group is turning to Audi in ever greater numbers thanks to the increasingly sporting emphasis of its range, characterised by powerful models such as the iconic TT sports car. The TT continues to be more popular in Britain than anywhere else in the world, and has been a significant contributor to the steep rise of Audi sales from around 40,000 in 2000 to a predicted 80,000 by the end of 2004.

Aside from award-winning, convention-challenging design, a major contributor to the sustained popularity of the TT in the UK has been the arrival of the ultimate model - the 250PS, V6-powered TT 3.2 quattro. Helped by its race-developed Direct Shift Gearbox, widely regarded as a major breakthrough in transmission technology, the powerful sporting flagship has expanded the car’s fan base to include devotees of the ‘purist’ sports car marques who may not have previously considered a TT.

Available for £29,745 OTR in Coupe form or as a Roadster for £31,995 OTR, the TT 3.2 quattro with DSG is powered by a smooth and responsive compact 3.2-litre six-cylinder petrol engine with 250PS and an impressive 320Nm of torque. This considerable energy is channelled to the quattro permanent four-wheel-drive system with virtually no interruption thanks to the advanced, unique-in-segment transmission.

DSG offers all the advantages of a sporting close ratio manual gearbox and a slick shifting automatic, with none of the negative aspects of either. Featuring twin automated clutches, it permits exceptionally rapid, 0.02 second manual gear changes via the gear lever or steering wheel paddles, yet it can also behave like a more traditional automatic shift for more relaxed urban driving.

Boosted by its virtually seamless stream of power, the TT Coupe 3.2 quattro can accelerate from rest to 62mph in 6.4 seconds and reach a top speed, where conditions allow, of 155mph. The fact that the DSG transmission is the first to offer the option of automatic shifting unhindered by a power-sapping torque converter means it is also impressively competitive in terms of fuel economy and equally important CO2 output.

* Results for 2003 - fieldwork undertaken by NOP