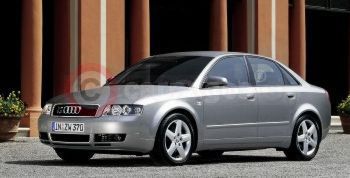 A new exceptionally cost effective four-cylinder A4 TDI is to further reinforce Audi’s position as manufacturer of the widest range of tax efficient models in the premium sector. The new EU4-compliant A4 1.9 TDI 115PS replaces the original 1.9 TDI 100PS model, and brings more power and torque, improved performance and the potential to travel up to 745 miles on a single tank of diesel.

Compliance with the forthcoming 2006 EU4 emissions regulations brings business users a potential reduction in their annual tax bill of up to £235 (40% bracket), making the new Saloon and Avant models even more financially viable at £19,840 OTR and £20,990 OTR respectively. Both are available to order now, with first deliveries expected in June.

Following the 15 PS increase in power and 35 Nm rise in torque to 285Nm at 1,900rpm, the five-speed manual A4 1.9 TDI 115PS accelerates from rest to 62mph in 11.2 seconds - almost one second faster than the 100PS model – and can reach a top speed of 124mph. Equally importantly, its combined fuel consumption figure remains almost as low as before at an impressive 49.5mpg.

Development engineers have adapted the entire pump-injector system to include a modified spray angle and a higher supply rate. The latest generation Bosch engine management with further increased computing power makes it possible to use the greater potential for high-pressure injection resulting from these changes to maximum effect. The recirculated exhaust gases are cooled to a significantly greater extent in the new engine. This lowers the combustion temperature in the cylinder and reduces nitrogen oxide emissions.

The A4 1.9 TDI 115PS joins V6-powered A4 2.5 TDI and 2.5 TDI quattro models in fully complying with the EU4 emissions regulations due to come into force in 2006. The A4 range is the first premium compact executive line-up to offer EU4 diesel models which reduce running costs for business users by eliminating the 3 per cent taxation premium currently levied on diesel.

Taking into account the comprehensive A4 TDI range, plus the 75PS and 90PS A2 1.4 TDI variable compacts, two A3 TDI models, the A6 Avant 2.5 TDI range and the new A8 3.0 and 4.0 TDI quattros, Audi currently offers a total of 21 EU4 compliant diesel models. More will be added when the new A6 saloon range enters Audi Centres on June 12th.