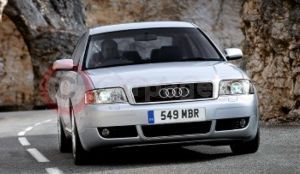 Leading the race in Britain to save its customers the three per cent company car tax for low pollution Diesels is Audi - the ‘Vorsprung durch Technik’ company.

Audi confirms that ten of its Diesel models in the UK meet the most stringent new EU IV exhaust emission standards, bringing annual tax savings for company car users of as much as £2,500 versus direct rivals.

Offering one of the largest EUIV compliant choices in the UK, Audi offers compliant Diesel models from six types in its range, including the A2, A3, A4, A4 Cabriolet and A6, as well as the top of the range new A8 3.0 TDI quattro - the very first EUIV compliant car in the large D segment.

Audi also holds the distinction of making the lowest emission premium car on sale in Britain with the latest A2 TDI (90PS) producing just 116 g/km, which crucially falls below the new Government threshold of 120 g/km of CO², while at the same time, being EUIV compliant. Versus its direct rival this advanced 1.4 litre A2 can save its owner up to £307 in company car tax each year. Thanks to its very low emissions the car also qualifies for the 100 per cent business allowance against tax in the first year on the full purchase price of the car.

The company is also unique in offering the only medium-sized Diesel cabriolet available in Britain. Powered by the advanced 2.5-litre V6 TDI engine, this is among the most individual and stylish Diesel cars on UK sale. At the same time the car is EUIV compliant and produces only 194 g/km an especially low emission in automatic form

Audi is also the clear industry leader in terms of clean Premium Diesel automatics. Still unique in offering the ultra-efficient Multitronic (CVT) stepless automatic transmission, which in the Audi A6 2.5 TDI for example, also brings annual personal tax savings of as much as £2,500 versus another prestige rival in its segment for business drivers (40% tax bracket).

Shortly to become available in Britain is the new Audi A3 2.0 TDI equipped with the revolutionary double clutch gearbox (DSG). This model breaks the mould yet again by emitting only 140 g/km of CO² qualifying it for a class leading 15 per cent ‘BIK’ tax level and potentially saving its driver over £1,000 each year in company car tax versus its direct premium sector rivals.

Audi was the first brand to mass produce direct injection Diesel technology in passenger cars at the Frankfurt show in September 1989 (Audi 100 2.5litre 5 cylinder 120bhp). It is also the only maker to offer a choice of all three injection technologies – Pumpe düse, rotary pump and common rail systems. Most recently, Audi also became the first and only maker to offer a V8 Diesel-engined car in the large D segment with its range flagship A8 model. Which is powered by the new 4.0 TDI engine with a common rail fuel injection system.