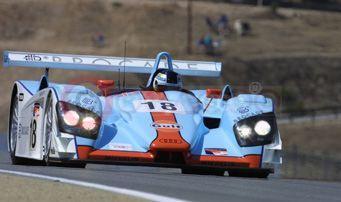 Audi UK will enter an R8 sports racing car in the legendary Le Mans 24 Hours on 14-15 June. The British importer of the German prestige car manufacturer has purchased a 2002 specification Audi R8 from Audi Sport that will now be prepared by Arena Motorsport for the annual French marathon.

The Audi Sport UK entered R8 will also contest the Sebring 12 Hours in Florida on 15 March - the opening round of the 2003 American Le Mans Series. No drivers have been selected for the two-race programme that sees Littlehampton-based Arena Motorsport reunited with Audi.