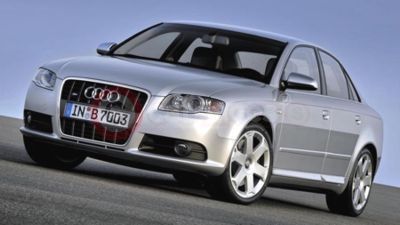 Latest A4 Saloon and Avant ranges bring all new exteriors and a host of enhancements that include four new engines.

Standards in the compact executive class are about to rise yet again as new Audi A4 Saloon and Avant models wait in the wings for their World public debut at the 2004 Paris Motor Show on 25 September.

The full 2005 model year range is transformed by a striking all new body shell exterior with the latest Audi single frame front grille, as well as dynamically with the arrival of four advanced new engines. There are also extensive chassis modifications and a raft of other enhancements, the new Audi A4 models which open for ordering in mid-October for first UK deliveries in January 2005.

Combining the latest, very positively received Audi exterior design themes, including the striking single frame front grille, with detailing inspired by the 2003 Nuvolari quattro concept study, the new A4 is instantly distinguishable from its predecessor.

The range is equally much improved under the skin, with the addition of the latest advanced Audi FSI direct injection petrol and TDI engines. The petrol line-up gains the much-praised 2.0-litre turbo-charged FSI unit with 200PS, and the 3.2-litre V6 FSI with 255PS from the new A6. The TDI range expands to include the popular 2.0 TDI with 140PS and the 3.0 TDI V6 used by both the Audi A6 and A8. These units bring the total of engine options in the new A4 range to ten - the most extensive choice in the premium sector.