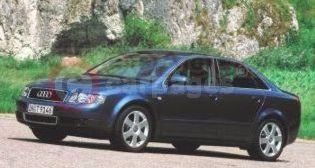 The new Audi A4 2.0 FSI can be ordered now for £19,565 OTR in saloon form or £20,695 OTR as an Avant. Positioned between the continuing 130bhp 2.0 model, over which it carries a price premium of £925, and the revised 163bhp 1.8 T, the newcomer strikes an even finer balance between performance, fuel economy and emissions than both of the above. The traditional rules dictating that an increase in power must go hand-in-hand with a downturn in economy, or vice versa, do not apply here.

With 150bhp and 200Nm of torque, the FSI saloon can reach 62mph from rest in 9.6 seconds and continue to a 135mph maximum speed, yet at the same time is capable of covering just under 40 miles per gallon of petrol (combined cycle).

In the interest of the environment, and UK company car drivers, the control of emissions has been considered just as carefully in the design of this engine as the optimisation of power and fuel consumption. An under-bonnet three-way converter behind the manifold and a NOx storage-type converter under the floor pan help to achieve an impressively low CO2 output of 170g/km (A4 2.0 190g/km).

This exceptional trade-off between power and economy, which is currently unrivalled in the compact executive class, is achieved by an advanced lightweight aluminium four-cylinder petrol engine which, unlike the majority of its rivals, is directly fuel injected to maximise efficiency. Fuel is delivered straight to the cylinders by a high-pressure common rail injection system supplied by a single-piston injection pump – rather than into the intake manifold, as is the case with most petrol engines.

This common rail technology, which has traditionally been confined to diesel units, is combined with other special features to enable the engine to operate in two ‘modes’. When a high power output is required, the electronics select the homogeneous mode, which is the normal operating state for conventional indirect injection engines. Even in this mode, the FSI engine holds an advantage over less advanced petrol units in that it leaves no fuel unburned – the mixture is completely vaporised in the combustion chamber for greater efficiency.

At normal cruising speeds, under part load, the engine switches to ‘stratified charge’ operation. In this state, the air, or ‘charge’, is directed extremely accurately towards the spark plug using the ‘tumble’ principle, created by a tumble flap within the intake manifold and a specially shaped bowl in the piston crown.

Fuel is injected only in the piston’s compression phase, rather than during induction as is the norm, and is placed in the tightly controlled stream of intake air moving towards the spark plug. The combustible mixture is therefore only present in a restricted area of the combustion chamber, surrounding the spark plug, and injection takes place at a very shallow angle, minimising the potential for losses.

For the best possible engine efficiency, and therefore lowest fuel consumption, ultra- low sulphur or sulphur-free fuel is recommended for use in FSI-powered models. However, the new engines are also designed to run on 98RON super unleaded or 95RON unleaded with virtually no losses in performance or economy.

The new A4 2.0 FSI saloon and Avant are the latest models to be rolled out as part of the ongoing Audi FSI programme, which began with the 110bhp, 1.6 FSI version of the A2 variable compact. First UK deliveries of all three models will begin in early September.

The power outputs of the 1.8 T petrol and 2.5 TDI engines in the A4 saloon and Avant range have been increased to 163bhp in both cases, up from 150bhp in the original 1.8 T and 155bhp in the outgoing 2.5 TDI. Performance figures have increased accordingly – new technical data can be found overleaf.

These power upgrades are effective immediately, and both revised models are available to order now.