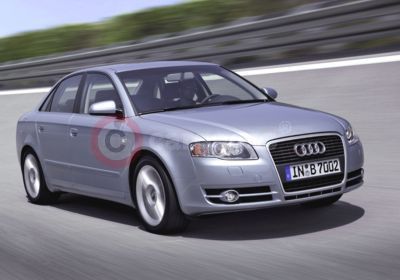 The first four-cylinder Audi TDI engine to benefit from a performance boost courtesy of piezo injection technology from the V6 and V8 Audi diesel units is now available for A3 and A4 models. The new 170PS, 2.0-litre unit delivers power, torque and acceleration to rival a six-cylinder TDI with characteristic four-cylinder fuel economy in A3 and five-door A3 Sportback models priced from £18,930 OTR, and A4 Saloons and Avants priced from £22,965 OTR. All are available to order for first UK deliveries in July.

Slotting in alongside the existing 2.0-litre 140PS TDI engine in the A3 and A4 model ranges, the new 170PS unit is the first in the Audi range to combine ‘pumpe-duse’ or ‘pump jet’ direct diesel injection with the performance-maximising piezo crystal injector technology from the 2.7-litre V6, 3.0-litre V6 and 4.2-litre V8 TDI engines.

The 170PS power peak in the new engine is delivered at a very accessible 4,200rpm, and peak torque of 320Nm is on tap from just 1,750rpm, resulting in strong, sustained acceleration and keen response across the range. The three-door A3 2.0 TDI passes the 62mph mark from a standing start in 8.2 seconds, its quattro counterpart cutting the time down further still to 7.8 seconds, and the two versions can potentially power on to top speeds of 138mph and 136mph. In the front-drive model, this lively performance is achievable with the added benefit of up to 48.7mpg, giving a potential range of up to 750 miles per tank of diesel.

Also available in front-wheel-drive and quattro forms, the newly-equipped A4 2.0 TDI can accelerate from rest to 62mph in 8.6 seconds (quattro version 8.5) and reach a maximum speed of 142mph (quattro version 139mph), yet is also capable of covering up to 48.7mpg (quattro version 42.2mpg), putting up to 589 miles within reach between fuel refills.

Registering impressively low CO2 outputs of 157g/km and 154g/km respectively, the new more powerful front-wheel-drive A3 and A4 models continue to make outstanding financial sense for tax-conscious company car drivers. A 40 per cent tax payer can expect a highly competitive tax liability of £1,575.59 per annum driving the A3 2.0 TDI, and £1,823.36 for the A4 2.0 TDI.

The enhancement of the four-cylinder TDI range for the A3 and A4 closely follows significant improvements to the six-cylinder A4 TDI range, which earlier this year adopted a more powerful 233PS version of the acclaimed 3.0-litre TDI engine, along with the 2.7-litre V6 TDI with 180PS from the A6, replacing the 2.5-litre TDI.

The Audi TDI family also continues to boast not only the most powerful diesel engine currently available in a production car, but also the world’s first purpose built diesel racing engine. On the road the 326PS 4.2-litre V8 TDI powers the remarkable A8 4.2 TDI quattro, and on the circuit the 5.5-litre V12 TDI with 650PS is hotly tipped to rocket the Audi R10 TDI sports prototype to victory in this year’s Le Mans 24-hour marathon race (June 17-18).