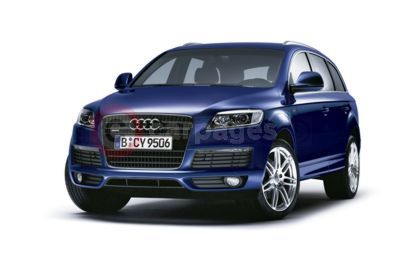 This exceptional result augurs extremely well for 2006, during which the Audi range will expand to include both new models campaigning in new market sectors and new variants within existing ranges. The hotly tipped new Audi Q7 seven-seat SUV, for example, has only just opened for UK order ahead of first deliveries in the summer of 2006, and will begin to make its presence felt in Audi Centres next year.

2006 will herald another new departure for Audi as the brand ventures into thoroughbred sports car territory for the first time with the new R8. The dramatic new mid-engined, quattro permanently four-wheel-driven super car will also be joined next year by the rugged new allroad quattro, and by new derivatives of the A3 hatchback, A4 Saloon and Avant and A6 Saloon and Avant, all likely to contribute to a substantial boost to Audi UK performance in the premium sector in 2006 and beyond.

Director of Audi UK Jeremy Hicks broke the extremely encouraging news to Audi staff earlier this week, and is confident that the best is very definitely yet to come for the brand in the UK. "I am delighted and greatly encouraged by what Audi UK and its sales network have achieved this year, especially as we are enjoying this success just before we embark on a period of intense new model launch activity and diversification. We have some incredible new cars waiting in the wings that will take us into new territories and also strengthen our core, and I am confident that with their help we will see quite a few more comprehensively shattered Audi UK sales records in years to come."