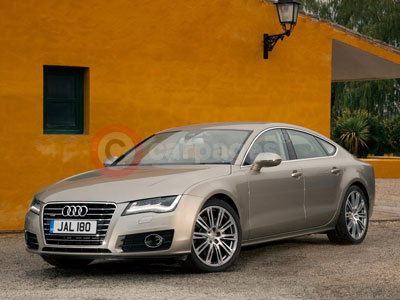 Audi ended 2010 with total sales of around 1,092,400 cars, exceeding the Company's annual forecasts and marking the year as its best ever in terms of sales. Input from the brand's home market again elevated Germany to first position in the overall sales rankings with 229,157 units sold.

China was, however, hot on its heels with a record 227,938 units sold, while in the United States the brand achieved sales surpassing the 100,000 mark for the first time. The UK's contribution of 99,828 units (SMMT data) is 9.5 per cent up on its 2009 figure, and positions it a very creditable fourth on the grid after the USA.

"We have set a historic sales record on the US-market, while achieving the best earnings in the United States in a long time," said Peter Schwarzenbauer, Member of the Board of Management for Marketing and Sales at AUDI AG. "In the next few years we will bring our successful TDI clean diesel technology to the executive class: We will offer our US customers TDI engines also in the new generation of the Audi A6 and A8. This will significantly bolster our position in this segment."

The company had already announced the goal of doubling its proportion of executive class cars sold in the United States with the introduction of the Audi A7 Sportback and the new generation of its Audi A6 and Audi A8 models.

Audi also achieved record sales in the Chinese market, with demand growing considerably faster than expected. This led to Audi dealerships running low on cars at the end of the year. In all, the company delivered 227,938 cars to customers between January and December 2010, 43.4 per cent more than during the previous year.

In December 2010 Audi handed 18,186 cars over to their buyers. In Germany - as expected - the new Audi A1 helped the Ingolstadt-based carmaker to finish the year strongly. Corporate business, which is again on the upswing, also contributed to increased sales in December. With 23,950 units, AUDI AG sold 36.4 per cent more cars than during the same month last year. Sales figures for the entire year, with 229,157 units sold, were slightly above the results for 2009, despite the impact of the scrappage bonus.

Sales in December also rose significantly in Europe as a whole, to about 52,200 units, an increase of 18.2 per cent compared to December 2009. From January to December, AUDI AG sold 647,600 cars in the region - and confirmed its position as Europe’s bestselling premium car brand.