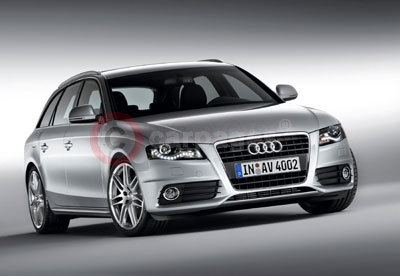 Lightning fast, virtually seamless Audi S tronic gear changes will soon be within the grasp of drivers of the all-new A4 Saloon, the Q5 SUV and many more Audi models as a new version of the much loved dual-clutch transmission brings compatibility with longitudinal or ‘north-south’ engine installations.

Originally developed to work with transversely mounted units, and so initially restricted to the TT and the A3, the latest generation of S tronic can now extend its reach upwards to the A4, A5, Q5 and many other Audi models whose engines are mounted ‘lengthways’.

In its latest form the famously quick and slick gearbox, developed exclusively by Audi, offers the existing transmission’s familiar Drive, Sport and ‘Manual’ modes, the latter upgrading from six to seven fixed ratios, and boasts a higher torque threshold of 550Nm. This impressive capacity means that it is theoretically compatible with a wide spectrum of sports models, including the majority of the V8 and V10-powered performance flagships and the high performance TDI models.

The formidable outputs produced by these cars will be handled by two multi-plate clutches - one controlling the odd gears 1, 3, 5 and 7 and the other the even 2, 4, 6 and reverse. Both transmission elements are continuously active, but only one is powered by the engine at any one time. This means that when the driver accelerates in third gear, for example, fourth is already pre-engaged by the second transmission element. The switching process takes place in mere hundredths of a second as the clutch shifts – while one is opening, the other closes, so changes are remarkably swift and the power flow is never interrupted.

The new seven-speed S tronic has also been designed to work in conjunction with the latest generation quattro four-wheel-drive system with asymmetric-dynamic distribution, so in normal conditions 40 per cent of the power is channelled from the drive shaft to the front axle differential and 60 per cent to the rear, resulting in optimum handling poise.

Twenty three years ago Audi fielded its first dual-clutch transmission in the 476PS Sport quattro S1 rally car piloted by Walter Rohrl and Christian Geistdorfer, and since its transfer to the road in 2003 as the Direct Shift Gearbox or DSG over 188,000 examples have been installed worldwide. The latest version, with its dramatically greater scope for application across the Audi range, will make its debut in UK-bound Audi models in late 2008.