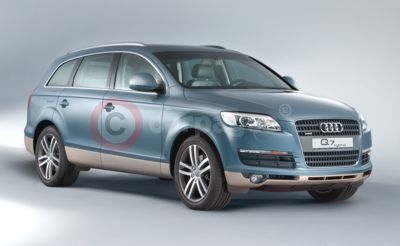 A closely guarded Audi secret has become public knowledge this week at the official unveiling of the new Audi Q7 SUV in Frankfurt, where a futuristic petrol and electric hybrid version of the seven-seat luxury all-terrain vehicle took the world’s media by surprise. Public reaction will be a key factor in determining the future for the Q7 hybrid, but this production-ready concept could become a reality by 2008.

The Q7 hybrid concept study combines a 4.2-litre V8 petrol engine incorporating economy-boosting FSI injection technology with an electric motor that helps to minimise emissions and to reduce overall fuel consumption by almost 13 per cent compared with a conventional equivalent. 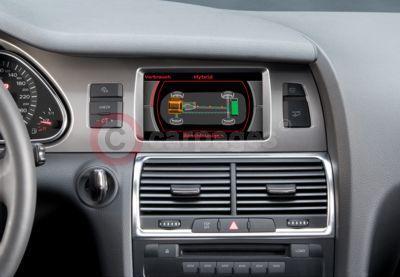 Unlike some supposed cars of the future, this extra special Q7 remains firmly planted in reality where performance is concerned. Acceleration from rest to 62mph can be covered in just 6.8 seconds, and the key fifth gear overtaking increment between 50mph and 75mph takes exactly 7 seconds. Thanks to the combination of petrol FSI and electric technologies, the 2,410-kilogramme Q7 is also able to cover up to 23.5mpg - a considerable improvement over conventional V8-powered SUVs.

Located between the engine and the six-speed automatic transmission’s torque converter, the motor draws its power from a nickel-metal hydride (NiMH) battery system concealed beneath the luggage compartment floor. Neither component intrudes on cabin space, and the complete system adds only 140kg to the total weight of the Q7 - a modest 7 per cent increase.

A separating clutch links the FSI engine and the electric motor, and enables the two power sources to operate individually or in unison, meaning that at any one time the Q7 hybrid can be propelled by the combustion engine or electric motor alone, or a combination of the two.