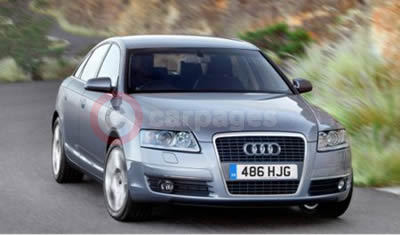 As well as a committed fleet team, great new product is underpinning Audi’s meteoric rise in the corporate market. Aggressive targeting of the competition shows a company working with increased confidence and focus, and the emphatic nature of its win in the reader-voted Manufacturer of the Year category suggests a company at the very top of its game.”

Fleet News readers were also asked to vote for the Company Car of the Year Award. They placed the A6 first because of its “wide range, strong residual values and broad appeal in the corporate market.” The editorial adds: “At the top end, the A6 is not far from luxury limousines in terms of space and quality, and yet will save an executive thousands of pounds in BIK tax and will also lose less in depreciation. The A6 really does have all the bases covered in corporate motoring, and it is this flexibility that led to our readers choosing it as their Company Car of the Year.”

The difficult task of choosing outright winners in the specific classes fell to a judging panel of highly respected journalists and industry analysts. According to their report the A3 Sportback takes the Premium Lower Medium award over rivals from BMW, Mercedes, Volvo and Alfa Romeo because “enviable build quality, rock-solid residual values, a great reputation in the company car park and the required practicality make it a winner.” The flagship A8 saloon owes its Luxury Car of the Year victory to “a vast choice including quattro models, an excellent image and superb build quality.” The judges also cited “outstanding handling and great accommodation” as reasons for their decision.

Adrian Short was understandably delighted by what seemed to be almost a clean sweep for Audi in the manufacturer-related category of the awards. “To be honoured so highly for both our people and our cars is immensely encouraging,” he said.

“2004 was a difficult year for Audi Business Sales because it marked the start of a major restructure of people and practices for the good of our fleet customers, and I’m extremely pleased that my team’s efforts to make the changes work are already paying huge dividends. We’re also lucky to be working with an outstanding model range that satisfies head and heart thanks to exceptional design and quality, increasingly strong residual values and surprisingly low running costs. ”

John Maslen, editor of Fleet News and chairman of the Fleet News Awards judging panel, added: “It is an incredibly tough challenge to win a Fleet News Award, so to take home four trophies is a great success that Audi should be very proud of.

“Two of those awards were voted for by readers, while the other two awards were judged by an expert industry panel, with the whole judging process independently audited by Deloitte.”

Fleet News is among the most influential and well-respected titles serving the fleet sector. Its 20,000-plus controlled circulation readership incorporates over 18,000 named fleet decision-makers who operate most of the 3 million vehicles operated by fleets in the UK.