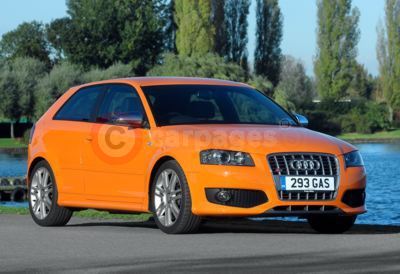 Heart of the Audi S3 and TT wins third successive best-in-class honour in Engine of the Year Awards.

The heart of the acclaimed S3 and TT, and a host of other Audi models, has beaten category rivals to a best-in-class win for the third successive year in the 2007 Engine of the Year awards.

A jury of more than 60 recognised trade journalists from 30 countries voted the 2.0-litre, four-cylinder Turbo FSI engine best in the 1.8-litre to 2.0-litre category, describing it as ‘not only incredibly versatile and clever, but also remarkably powerful’.

The Audi-developed 2.0 TFSI unit made its debut in the A3 Sportback, and with varying outputs from 200PS to 265PS now powers a wide range of A3, A4, A6 and TT models.

This much lauded engine was joined last year by a smaller capacity unit also combining turbo charging with FSI direct petrol injection to deliver even greater efficiency - the 1.8-litre TFSI with 160PS. This unit is currently available in the A3 1.8 TFSI priced from £18,115 OTR.

A second A6 Le Mans Edition model, powered by the 2.7-litre common rail piezo injection TDI engine with 180PS, is now available in addition to the 3.0-litre TDI version launched last year.  Priced from £30,500 OTR, the new A6 2.7 TDI Le Mans Edition can be ordered in both Saloon and Avant body styles and with either front-wheel-drive or quattro four-wheel-drive.

The two A6 Le Mans TDI specials commemorate the Vorsprung Durch Technik brand’s diversification into diesel power in last year’s gruelling 24 Hours of Le Mans marathon race, which was crowned by the Audi R10 TDI sports prototype’s victory on its maiden Le Mans outing.  The R10 TDI will be in action again at Le Mans 2007 on June 16th and 17th.

Normally renowned for visually playing down its exceptional performance, the V8-powered, 420PS Audi RS 4 briefly becomes an exhibitionist this month, marking the opening of America’s annual Art Chicago contemporary art fair with a striking paint job that is the work of Brazilian artist Romero Britto.
Britto has been a fixture on the international art scene since 1989 when he was commissioned by Absolut Vodka, along with Keith Haring and Andy Warhol, to design a bottle label for the company. His Pop Art is consistently commissioned for corporate collections around the world.