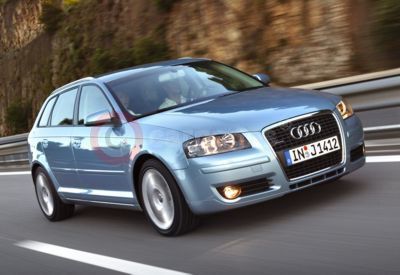 The remarkable achievement by Audi of the first ever race victory by a diesel-powered sports prototype in this month’s gruelling 12 hours of Sebring marathon race is likely to have major repercussions for the road-going Audi TDI models of the future.

The history-making 650PS Audi R10 TDI sports prototype, driven by Allan McNish, Tom Kristensen and Rinaldo Capello, provided conclusive proof of the Vorsprung durch Technik brand’s talent for TDI by outrunning an otherwise all petrol-powered field to take first place in the arduous American endurance race on March 18th. McNish and his Audi Sport North America team-mates follow in the tyre tracks of luminaries such as Sir Stirling Moss, who won at Sebring in 1954.

Historically, Audi road cars have benefited greatly from advances made in the pursuit of race and rally victory - quattro four-wheel-drive, the Direct Shift Gearbox (DSG) and Turbo FSI direct petrol injection being among the most notable - so the many lessons learned through intensifying TDI development for circuit use will undoubtedly herald numerous major advances for all Audi TDI engines.

"With regard to fuel consumption, environmental friendliness, the combustion process and other new technologies we expect an enormous push in the coming years," says Ulrich Baretzky, Head of Engine Technology at Audi Sport. "We are still relatively close to the findings of our colleagues from production since we are breaking completely new ground in motorsport. However, this will change. I believe to be able to share the things that we developed specifically for motorsport with production in the future."

The 5.5-litre V12 powering the R10 TDI is the world’s first purpose-built diesel racing engine and the first Audi TDI to be built around an all-aluminium block - a new departure that could very easily become a production reality. It features common rail fuel injection technology developed from the system used by V6 and V8 TDI engines in road-going A4, A6 and A8 models, and with the help of two Garrett turbochargers delivers 650PS and an even more formidable 1,100Nm of torque. This prodigious output actually exerts more force on the five-speed sequential transmission than even a Formula 1 car has to contend with.

Regulations set by the Automobile Club de l’Ouest - organisers of the annual Le Mans 24-hour endurance race for which the R10 TDI has been principally created - stipulate that engine speeds must remain within the realms of production car performance, so the V12 TDI has a power band set between 3,000 and 5,000rpm. As a result power delivery is far more ‘real world’ than in many high-revving, highly strung race engines, meaning that there is far more scope for transferral of the technology needed to achieve it into a production TDI.

Audi is already no stranger to innovation in the field of diesel technology. The brand was instrumental in sparking the transformation of diesel engines from sluggish, agricultural workhorses to today’s responsive powerhouses when it launched the first direct diesel injection engine with full electronic engine management at the 1989 Frankfurt Motor Show.

With decades of painstaking TDI research and development behind it, the V12 TDI engine has every chance of continuing the totally unblemished engine reliability record set by the R8 and its V8 petrol engines, none of which recorded a single failure in the 77 races this sports prototype contested during its illustrious career. The R8 won 61 of those 77 races, making it the most successful sports prototype of all time.

Road-going Audi TDI models, which already account for 50 per cent of total Audi sales worldwide, already reap the benefits of the brand’s longstanding dedication to diesel. The 2006 Audi range features five advanced engines from 1.9-litres to 4.2-litres, the majority of which feature the latest common rail fuel injection technology with advanced Piezo injectors. With 326PS, the 4.2-litre unit powering the remarkable A8 4.2 TDI quattro can lay claim to the title of the world’s most powerful diesel engine for a production car.

Enhanced 2.0-litre TDI engine with Piezo injection destined for A3

The ‘pumpe-duse’ or pump injector technology that is now synonymous with the four-cylinder Audi TDI engines has just been enhanced in the 2.0-litre unit by efficiency-boosting Piezo inline injectors adopted from the larger V6 and V8 TDI units. The end result made its debut at the 2006 International Auto Show in Geneva in the new A3 2.0-litre TDI quattro, featuring an increased output up from 140PS to 170PS, and an impressive peak torque figure of 350Nm available between 1,750 and 2,500rpm.

The A3 2.0 TDI quattro can cover the sprint to 62mph in 7.8 seconds and reach a top speed of 136mph, yet at the same time can return excellent combined fuel economy of up to 44.1mpg. The addition of two balancer shafts ensures that this performance is delivered with enhanced refinement, while a diesel particulate filter also helps to minimise environmental impact.

The A3 2.0 TDI quattro 170PS is expected to open for UK order in three-door and five-door Sportback body styles in the summer of 2006.