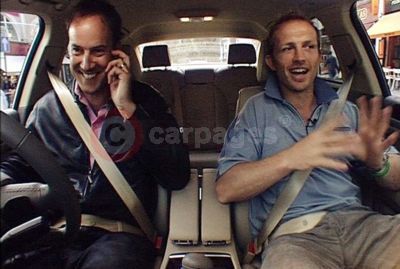 Audi UK makes broadcasting history this week with the official launch of the Audi Channel. The company is the first car manufacturer in the world to transmit its own dedicated digital television channel and holds the first ever self-promotional licence, granted by Ofcom, setting a precedent in broadcasting regulations.

Audi Channel, which broadcasts 24 hours a day, seven days a week on the Sky Digital platform (currently channel 259), is also the first brand-specific entertainment channel in Europe. Audi is essentially the first brand to go beyond advertiser-funded TV programmes.

Audi is a prestigious, sophisticated and sporty brand and the Audi Channel reflects this. It will of course showcase the company's ever increasing range through informative programming - there will be nine major product launches alone during the channel's first year - but it has also been designed to entertain with content that extends far beyond the cars themselves.

An impressive array of Audi activities are brought to life on screen, including Le Mans motor racing, the UK’s largest amateur golf tournament, Goodwood, high-goal polo and red carpet arrivals at some of the hottest events of the season. Audi Channel also features interviews with top celebrities and informative documentaries, such as the history of Audi’s legendary quattro, the production of the thrilling Audi ‘ski jump’ ad and the making of a watch inspired by Audi with highly acclaimed jeweller, Stephen Webster.

Audi Channel perfectly complements the company’s core philosophy of Vorsprung durch Technik - advancement through technology. It is the latest addition to Audi's extensive media portfolio, which also includes a highly successful web site (www.audi.co.uk ) that receives over 700,000 visits per month, and a bi-annual Audi Magazine with a print run of more than 300,000 per issue. The Audi Channel is the result of two years of research and development into new ways of communicating with the public.

A marketing innovation, Audi Channel allows Audi UK to capitalise on the phenomenal growth of digital television. It gives the company constant access to over 7.6 million homes and nearly 21 million individuals. ‘Ad avoidance’ is an increasingly important issue but while Audi will not be reducing its support of more traditional advertising forms, Audi Channel opens up a new and important communication platform to a wide audience, enabling the viewer to spend more time engaging in a deeper way with the brand.

In the future, Audi plans to allow viewers to interact with the channel, providing them with various functions, such as finding their local dealership, requesting a brochure or booking a test drive.

"Audi is proud to be leading this development in brand entertainment," says Gary Savage, Audi UK’s head of marketing. "Digital TV is a powerful communication platform with broad appeal, and will become ever more so as the entire country switches from analogue to digital between 2008 and 2012.

"Audi Channel allows us to extend our relationship with current Audi owners - and reach out to a vast and ever-increasing pool of potential new customers. In the multi-channel age, viewers have the power to follow their own special interests, and Audi is the first major brand to seize this amazing opportunity afforded by advances in digital technology.

Working alongside Audi on the dedicated television channel is the company’s UK advertising agency, BBH, which has been instrumental in the development phase. North One Television, one of Britain’s leading independent production companies, has brought the benefit of its considerable experience and expertise to both the production of new material and the incorporation of existing footage.