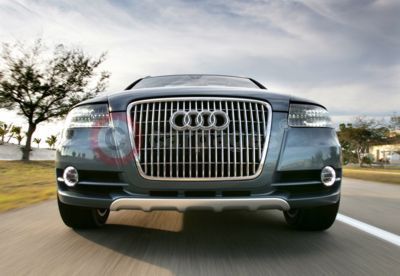 As the Audi allroad quattro nears the end of its production life, the second generation of this successful model, due to be launched in mid-2006, is already eagerly awaited at the Neckarsulm plant.

90,000 allroad quattro models have left the production line since the beginning of 2000, considerably more than originally planned. The allroad quattro combines the advantages of an Avant with those of an off-road vehicle, thanks among other things to its standard quattro permanent four-wheel drive and air suspension with variable ground clearance. The allroad quattro has picked up a number of awards over the years: in 2003 the readers of the specialist magazine “Off Road” voted it the best crossover of the year.

Its successor is already waiting in the wings. It features much of what was already displayed on the allroad quattro concept presented back at the start of the year at the Detroit Auto Show. This car captivated the public and prompted Audi to make the decision to build the second generation of the allroad quattro.

The second generation of the Audi A6 allroad quattro will be launched in mid-2006.