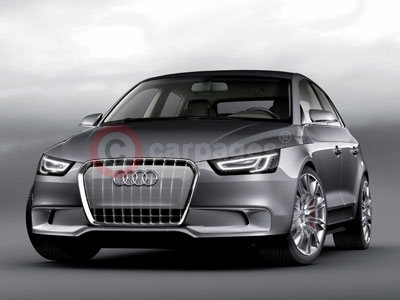 The centre of attention for car enthusiasts this year will be the Audi A1 according to the readers of What Car? Magazine, an overwhelming majority of whom voted to crown the forthcoming Audi compact the 'most exciting car of 2010', and in the process secured its first major magazine award.

The 'Reader Award - Most Exciting Car', collected in London at the 2010 What Car? Awards, went to the Audi A1, or more accurately the Audi A1 concept symbolised by the 2007 A1 project quattro design study, because it received the most votes in an online poll of readers of the magazine's online edition.

Due to be unveiled in its final, production-ready form at the 2010 Geneva Motor Show in early March, the new Audi A1 will condense, rather than dilute, the essence of Vorsprung durch Technik into a more compact, city-friendly package that will appeal as much to younger aspirants to the premium sector as to core Audi customers. The first recipients from that wide cross section will take delivery in the UK towards the end 2010.

Commenting on the groundswell of Audi votes from his readers, What Car? Editor Steve Fowler said: "A new, small Audi sounds like an enticing proposition and our readers seem to agree, voting it the most exciting new car to be launched this year. Although we haven't seen the finished car yet, a funky small car with an Audi badge on the nose and aimed directly at the MINI can't fail to succeed. It should be a strong contender for our Car of the Year Award in 2011!"