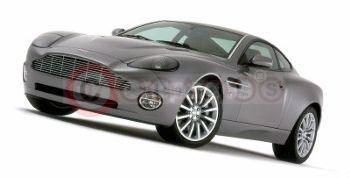 Following a record performance, Aston Martin has managed to increase production of its model range for the second consecutive year as well as launch the all-new V12 Vanquish, enlarge its international dealer network by 25% and deliver a record number of cars.

In 2001 a total of 1506 cars were manufactured and delivered compared to 1021 in 2000. This represented almost a 50% increase year on year and was in part due to three main factors – the all-new V12 Vanquish, the continuing popularity of the Aston Martin DB7 and the launch of a number of new Aston Martin dealers around the world.

A number of significant events took place during the course of 2001 including the international launch of the all new Aston Martin Vanquish, supported by customer events in the US, Europe, the Middle East and Japan. Consequently, 204 V12 Vanquishes were produced in 2001 along with 1302 DB7 models. In December last year the 5000th DB7 was driven off the line at the Bloxham factory making it the most successful Aston Martin of all time.

A new dealer strategy for Aston Martin has meant that the international sales outlets grew from 65 at the start of 2001 to 81 by the close of the year. It is hoped to try and appoint a further 25 during 2002. Alongside this is a revised Corporate Identity and Dealer Strategy that requires a dedicated showroom and staff for the Aston Martin brand.

“We will look back on 2001 as a watershed year for our company,” said Dr Ulrich Bez, Aston Martin’s CEO. “In our 88-year history we have probably never done so much in just 12 months. We are establishing a firm foundation for the future to make Aston Martin a global brand in the niche sector of the high luxury sports car sector.

“We have had a great response to the V12 Vanquish from our customers with long waiting lists. The DB7 continues to be the backbone of the company and is still proving to be a great success. However we still have a lot to do and our intention is to continue with our dealer initiative to find the right partners for the future, whilst maintaining our sales at the same levels as 2001.”

This is a 20-year+ news article, from our Aston Martin archive, which dates back to the year 2000.

If in doubt check with your local Aston Martin dealer as car prices and technical data will have changed since 2002.