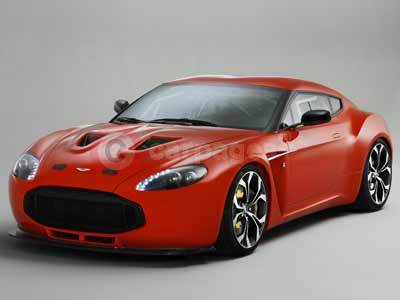 Aston Martin has announced a limited production of the new Aston Martin V12 Zagato, as a result of customer interest after winning the Design in the Concepts and Prototypes award at the Villa D'Este Concours and completing the 39th ADAC Nurburgring 24 hour race.

The Aston Martin V12 Zagato is based on the V12 Vantage and features handcrafted aluminium and carbon fibre body. Orders are being taken now on a first come, first served basis, with production planned to begin during summer 2012.

Chief Executive of Aston Martin Dr. Ulrich Bez, said: "Such style, exclusivity and fastidious craftsmanship ensures it will be one of the most highly coveted models in Aston Martin's 98-year history. A fabulous celebration of the iconic DB4GT Zagato, which celebrates its 50th anniversary this year, the V12 Zagato is the perfect inspiration for the next 50 years of Aston Martin."

The first two Aston Martin V12 Zagatos were developed as endurance cars and debuted on the track a week after being revealed to the public for the first time at Lake Como, Italy at the Villa D'Este Concours.

Marek Reichman, Aston Martin's Director of Design said: "The V12 Zagato is an elegant yet brutal design which reflects the great balance between race performance and pure Aston Martin style.

"The original DB4GT Zagato was a true icon, powerful and graceful; the new design is a true representation of the spirit of DB4GT Zagato. The muscular organic forms define the thoroughbred nature of the car's racing credentials."

The Aston Martin V12 Zagato's body is handcrafted in aluminium and carbon fibre, producing a design which could not be achieved with pre-formed panels. Every aluminium panel has been formed using an English wheel and traditionally crafted body bucks.

Priced at £300,000, the limited edition Aston Martin V21 Zagato is expected to begin deliveries in the second half of 2012.

Aston Martin Zagato Images may not be UK specification cars. Colours and exterior and/or interior elements may differ from actual models.