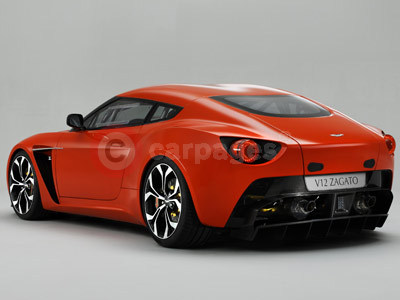 The Aston Martin One-77 and V12 Zagato will have their American debut during the automotive week in Monterey, california between 17th and 21st August 2011.

The new Aston Martin V12 Zagato was orginally a concept car, unveiled at the Villa D'Este Concours in Italy, where it won the Design in the Concepts and Protoypes class award, before it successfully completed the 39th ADAC Nurburgring 24 Hour Race in germany. As a result of keen customer interest, a limited production run of the Aston Martin V12 Zagato will start in summer 2012.

"Guests will be given the rare opportunity to test drive our latest model range, including the new Virage and Vantage S, as well as the four-door Rapide" commented Julian Jenkins, Vice President Aston Martin the Americas. "We are very excited about the program this year including the debut of the V12 Zagato, and we look forward to welcoming current owners, new customers and automotive enthusiasts to share our celebrations at The Aston Martin Estate."